Ikenberry Orchards specializes in growing apples; offering 16 varieties for you to choose from each season. We pick our apples at the peak of ripeness to ensure that you get the freshest, best-tasting fruit available!

Whether you’re just looking for some tasty, locally-grown apples to pack in bagged lunches or you’re planning to make desserts like pies, strudels, or turnovers, we have apple varieties for every occasion and we can help you find exactly what you need!

All of our apples are handpicked and washed before they’re put out for selection. Most varieties are harvested in late summer to early fall. Come join us every weekend in October to see what seasonal activities we have planned! 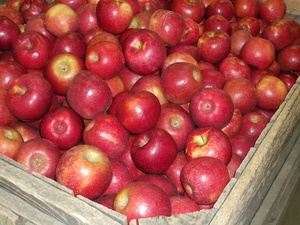 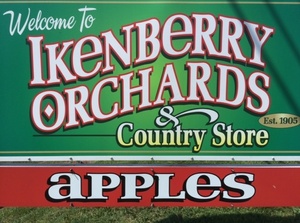 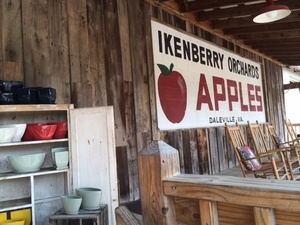 Delicious, crispy, and sweet-smelling, the Gala apple has quickly become one of the most popular varieties in the world. It originated in New Zealand and today it’s only outsold in the U.S. by the Red Delicious.

Probably the best baking variety of all, the Rome is red and round apple with thick, glossy skin. On its own, it’s not an overwhelmingly exciting in taste but its flavor is greatly enhanced when cooked. Baked into a pie, you’ll appreciate the Rome’s spicy notes.

The Winesap is a versatile apple as it can be enjoyed on its own, baked in a pie, or mixed into cider. Some Winesap varieties are unique to Virginia and will exhibit darker skin.

Originally found on a West Virginia farm in 1891, the Golden Delicious quickly became quite popular when local consumers realized that this yellow-skinned variety was special not only in appearance, but taste as well!

*Ikenberry Orchards does not offer pick your own apples.

*For the best texture and flavor, keep apples refrigerated or in a cool place near 35 degrees. Store Golden Delicious in a plastic bag to prevent dehydration.